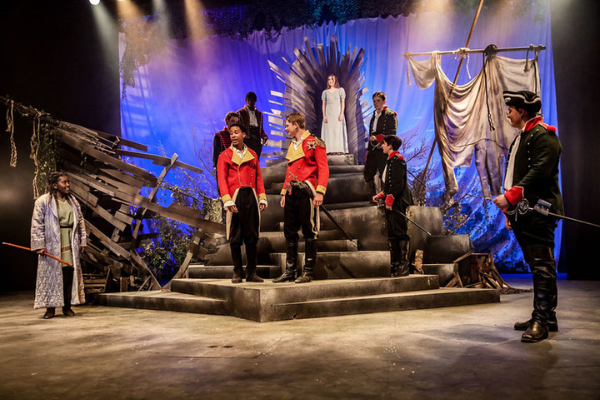 2022 marks the 75th anniversary of the Edinburgh Fringe Festival – the largest arts and culture festival in the world. It takes place in Scotland’s capital, with tens of thousands of acts performing across the month of August. The Fringe Festival is the perfect opportunity for aspiring actors and actresses to showcase their talent, and people travel from all over the world to both perform and spectate.

Drama is an important aspect of life at Bedales School and is available from Prep School through to Sixth Form. Pupils can choose between a multitude of qualifications on offer, including the school’s unique ‘Bedales Assessed Courses’ (BACs) which they believe go beyond the scope of GCSE exams. Furthermore, students can choose to participate in training from professional bodies such as LAMDA and RADA. Start your acting career at Bedales School.

Drama is open to every pupil at Clifton College, whether pupils choose to study it for exams, or whether they just enjoy the art of performing. Its 320-seat Redgrave Theatre is named after, and was opened by, former pupil Sir Michael Redgrave – an Academy Award and BAFTA nominated actor. Clifton College’s theatre was the first purpose-built school theatre in the UK and  is a popular theatre venue in Bristol. The school enjoys partnerships with a number of established theatres such as the Bristol Old Vic, the Bath Theatre Royal, RADA and Shakespeare’s Globe in London. Join the drama club at Clifton College.

Clifton College is a co-educational UK boarding school that offers GCSE, A Level and BTEC qualifications.

Gresham’s promotes drama at all levels – as a creative and rewarding co-curricular activity, and as part of their academic curriculum. Pupils interested in drama can choose to study for a GCSE or A Level in drama, or an IB in theatre. The Auden Theatre at Gresham’s is a 300-seat professional-standard venue, and is a wonderful space for students to grow their confidence and creativity, both on stage and behind the scenes. Gresham’s School has a number of highly successful former pupils within the acting world. For instance, the Academy Award winner Olivia Colman claims that her education at Gresham’s kickstarted her acting career. Become an aspiring actor at Gresham’s.

Gresham’s is a co-educational UK boarding school that provides GCSEs, A Levels, the IB diploma and a number of BTEC qualifications.

King’s Ely is one of the oldest schools in the world – and theatre has long been a part of this rich history. As one of the top drama boarding schools in the UK, the school has a busy and thriving theatre community with regular plays and performances, giving all pupils the chance to participate. The King’s Ely drama department was nominated in 2020 for the ‘Outstanding Drama Department’ award at the Music and Drama Education Awards. In addition, 100% of the pupils sitting the A Level in drama and theatre have achieved A* – B over the past five years. Pupils at King’s Ely have previously performed at the Edinburgh Fringe Festival. Become a star performer at King’s Ely.

King’s Ely is a co-educational UK boarding school that follows the GCSE and A Level curriculum.

Drama is a highly popular subject and co-curricular activity at Oakham School. Pupils regularly perform in the Queen Elizabeth Theatre and Oakham brings a biennial performance to the Edinburgh Fringe Festival. Talented and experienced staff members also support pupils through drama auditions and have seen students attend further education at Trinity Laban Conservatoire, Guildhall School of Music and Drama, RADA and LAMDA. Perform in a play at Oakham School.

Oakham is a co-educational UK boarding school that offers GCSE, A Level, IB and BTEC qualifications.

St Edmund’s Canterbury has a highly successful drama department and believes that drama is crucial to pupils growing their creativity and confidence. Students achieve very highly in drama exams and are supported by excellent teaching staff, many of whom are former professional actors or performers. Furthermore, theatrical excursions are important at St Edmund’s – some going as far as Broadway or LA. As a result, pupils gain an understanding of professional performing life. Learn from a professional actor at St Edmund’s Canterbury.

St Edmund’s Canterbury is a co-educational UK boarding school that offers GCSE and A Level exams.

Tring Park School is a specialist school for the performing arts. It welcomes pupils from across the world and offers a traditional academic education alongside specialist performance training. Class sizes are small, and students are taught by highly experienced and qualified teachers. Similarly, pupils progress to pursue professional performing careers, and there is a multitude of well-known alumni. For example, Lily James, who recently received an Emmy Award nomination, is a former pupil from Tring Park School. Begin your professional acting career at Tring Park School.

Tring Park School is a co-educational UK boarding school which offers GCSE and A Level exams, alongside their specialist performance training.

Uppingham School is known for its all-round excellent facilities and opportunities, and drama is no exception. For example, their drama facilities include a 300-seat arch theatre and a 160-seat black box drama studio. Uppingham School considers drama to be a crucial part of the school’s identity, and therefore pupils have the opportunity to participate in several plays or musicals each year. Start performing at Uppingham School.

Uppingham School is a co-educational UK boarding school that offers GCSE, A Level and BTEC.

Wells Cathedral is one of the oldest schools in the UK and has excellent opportunities for pupils interested in drama. Their outstanding drama facilities and opportunities for young actors were recognised when the school received the Gold Artsmark of the Arts Council of England – the Council’s highest recognition. Get on stage at Wells Cathedral.

Keep an eye out for the next blog post in our ‘Best UK boarding schools for…’ series!

If you’re looking for help with admissions to a UK boarding school, contact Academic Families.