Which UK schools did the Royal Family go to? 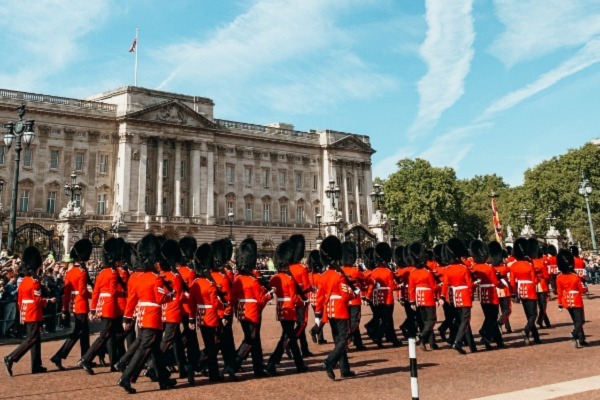 The Queen and the Royal Family are one of the unique aspects of the United Kingdom. The Queen is celebrating her Platinum Jubilee and we wanted to explain exactly what a Jubilee is and highlight some UK boarding schools that have been popular amongst the Royal Family.

What is a Jubilee?

A jubilee is an event to celebrate the life or the reign of a monarch (a King or Queen). This year, Queen Elizabeth II is celebrating her Platinum Jubilee – this means that she has been the Queen for 70 years! Queen Elizabeth II is the first monarch in British history to celebrate 70 years on the throne. This momentous occasion will be celebrated across Britain with a Jubilee Weekend from the 2nd to the 5th of June.

Activities and celebrations will take place across all corners of the UK including street parties, concerts, Jubilee lunches and beacon lighting. In London, thousands of people will gather to watch the official Trooping the Colour parade. Trooping the Colour starts at Buckingham Palace and involves more than 1400 soldiers, 200 horses and 400 musicians. Find out more about the Platinum Jubilee celebrations.

Fun facts about the Queen and the Royal Family

Which boarding schools did the Royal Family go to?

Eton College is one of the most prestigious and well-known boarding schools in the United Kingdom. An all-boys school in Berkshire, England, Eton was the boarding school of choice for both Prince William and Prince Harry. The school has also educated 20 British Prime Ministers and a number of famous actors, such as Eddie Redmayne and Tom Hiddleston.

Before she became the Duchess of Cambridge, Kate Middleton attended Marlborough College – a co-educational independent day and boarding school in Wiltshire, England. Marlborough College welcomes boys and girls between the ages of 13 and 18. Kate is not the only member of the Royal Family who is a Marlborough former pupil. Princess Eugenie, one of the Queen’s granddaughters, attended this school too.

Gordonstoun School is a co-educational independent school for boarding and day pupils in Moray, Scotland. The school lies within a 150-acre campus and has been a very popular choice for members of the Royal Family. The late Duke of Edinburgh, Prince Philip, attended Gordonstoun, as did his three sons – the Princes Charles, Edward and Andrew. Two of the Queen’s grandchildren, Peter and Zara Phillips, also went to Gordonstoun. This means that three generations of British Royalty were educated at the school. Gordonstoun School is less than two hours away from the Queen’s Scottish estate at Balmoral Castle.

Princess Anne, daughter of the Queen and Prince Philip, went to Benenden School – an independent school for girls in Kent, England. Princess Anne is still involved in the Benenden community and occasionally attends events in her role as President of the Benenden Society.

The Duke of Edinburgh Award

Whether you want to go to a school attended by the Royal Family or not, Academic Families can help you choose the best boarding school for you.

This article appears in the following categories  School Admissions

Spring term at the best British boarding schools in England, Scotland and Wales